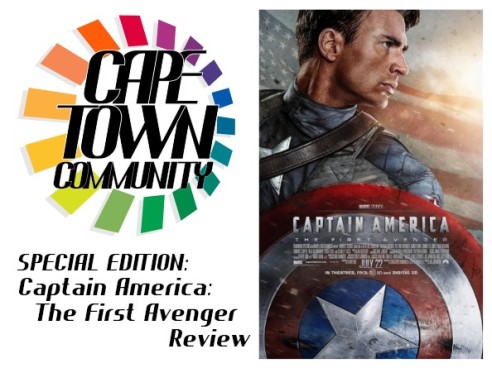 In this Special Edition episode, Don and Jerry review Captain America: The First Avenger. It has costumes! It has action! It has romance! It has a sneak-preview of next summer’s Avengers film! But does the film have the Cape Town Community seal of approval? Listen for yourselves True Believers!

As always, we remind you that this episode is as spoil-heavy as our review show, so you may want to give it a listen after you’ve seen the movie.